H. G. Wells was born in Bromley, England on September 21, 1866. After a limited education, he was apprenticed to a draper, but soon found he wanted something more out of life. He read widely and got a position as a student assistant in a secondary school, eventually winning a scholarship to the Royal College of Science in South Kensington, where he studied biology. He graduated from London University in 1888 and became a science teacher. He also wrote for magazines. When his stories began to sell, he left teaching to write full time. He became an author best known for science fiction novels and comic novels. His science fiction novels include The Time Machine, The War of the Worlds, The Wonderful Visit, The Island of Doctor Moreau, The Invisible Man, The First Men in the Moon, and The Food of the Gods. His comic novels include Love and Mr. Lewisham, Kipps: The Story of a Simple Soul, The History of Mr. Polly, and Tono-Bungay. He also wrote several short story collections including The Stolen Bacillus, The Plattner Story, and Tales of Space and Time. He died on August 13, 1946 at the age of 79. 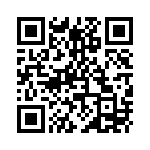