Luan Starova is a novelist, poet, scholar, diplomat, and literary translator. An Albanian from the Republic of Macedonia who writes in both the Albanian and Macedonian languages, he has served as Macedonia's ambassador to France, Spain, Portugal, and UNESCO, and was formerly professor of French at the University of Saints Cyril and Methodius in Skopje. His books have been translated into many languages. Christina E. Kramer is professor and chair of Slavic languages and literatures at the University of Toronto. She is coauthor of the 3rd edition of the textbook Macedonian: A Course for Beginning and Intermediate Students, co-translator of the novel Bai Ganyo: Incredible Tales of a Modern Bulgarian, and translator of the first novel in Starova's Balkan saga: My Father's Books, all of which are published by the University of Wisconsin Press. 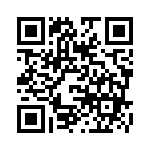