I have read through this book several times now. It is a good, concise guide to the elements of screenplay writing. Apparently the book was adapted from an older text on the craft and elements of ... Read full review

David Howard is an active screenwriter, "script doctor," and script consultant, both in Hollywood and in Europe. He is also the founding director of the Graduate Screenwriting Program at the University of Southern California's School of Cinema-Television. In addition to his teaching duties at USC, he frequently lectures and teaches, often in conjunction with Frank Daniel, throughout Europe as well as around the United States. He lives in Santa Monica, California, with his wife, the painter Victoria McClay.

Edward Mabley, besides being the author of Dramatic Construction, wrote, among other works, the playGlad Tidings and the text of the grand opera The Plough and the Stars (after the play by Sean O'Casey). He wrote radio and television plays, directed in television, and taught at the New School for Social Research in New York. He died in 1984.

Frank Daniel has been head of many of the world's most renowned film schools. He was Dean of FAMU, the Czech film school, during the 1960s "Prague Spring." He was the first dean of the Center for Advanced Film Studies at the American Film Institute, then he became co-chairman of Columbia University's Film Division with his former student, Milos Forman. He went on to become the first dean of the newly expanded School of Cinema-Television at the University of Southern California. He was also the first artistic director of the Sundance Institute, and artistic director of the Flemish European Media Institute in Brussels. He is currently a professor in the Graduate Screenwriting Program, at USC and continues with his own extensive screenwriting schedule as well as teaching regularly in Europe. 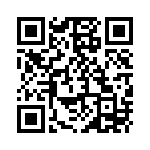