Excellent work covering the early years of Mao's rule in China. A crucial work to better understand modern Chinese history and the overwhelming loss of life created by the process of creating the socialist state under Mao. Read full review

Frank Dik tter is chair professor of humanities at the University of Hong Kong. Before moving to Asia in 2006, he was professor of the modern history of China at the School of Oriental and African Studies, University of London. He has published nine books about the history of China, including Mao's Great Famine, which won the BBC Samuel Johnson Prize for Non-Fiction in 2011. He lives in Hong Kong. 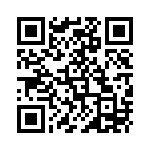