Monica H. Green is Professor of History at Arizona State University. Her dual-language critical edition of the Trotula is also available from the University of Pennsylvania Press. 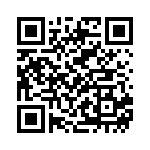