Geoffrey C. Bunn is a senior lecturer in psychology at Manchester Metropolitan University and coeditor of Psychology in Britain: Historical Essays and Personal Reflections. 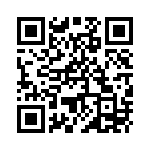