Gregory N. Brown: In Greg Brown's book "The Savvy Flight Instructor" the author's love for flying is obvious in every chapter, as is his concern for the image of the flight instructor and flight school: that they perform the best they can to seek out, promote, and sustain the joy of flight for the good of the entire industry. In keeping with his role as general aviation advocate, Greg hosts the "Aviation Careers Forum" and the "New Pilots Forum" on America Online, and serves as a Contributing Editor for Flight Training magazine. He has entertained and educated aviation audiences as a speaker since 1990, most recently as presenter for NATA's acclaimed Flight School Training Manager Seminars.

An active practitioner of the noble art of flight instructing since 1979, Greg has also served as a professional pilot in both scheduled and corporate aviation, and flown extensively for pleasure and personal business. His teaching background also includes service as faculty member at Purdue University, regular presentations at Embry-Riddle Aeronautical University, and numerous professional seminars.

Greg Brown earned Bachelor's and Master's degrees at the University of Illinois at Urbana-Champaign, where his graduate work included human-factors cockpit design at the Aviation Research Laboratory. He studied for two years at the University of Wisconsin-Madison, and completed several advanced flight ratings at Purdue University. He holds an ATP pilot certificate with Boeing 737 type rating, and Flight Instructor certificate with all fixed wing aircraft ratings including glider. Greg also holds Advanced and Instrument Ground Instructor ratings, and has been active as a pilot since 1971. He was also honored with the "2000 Industry/FAA National Flight Instructor of the Year" award.

Greg's most recent publication is Flying Carpet: The Soul of an Airplane which includes stories from his long-running column in Flight Training magazine. Other popular aviation books by Greg include: The Turbine Pilot's Flight Manual, and Job Hunting for Pilots.

Mark J. Holt: Mark J. Holt, a pilot for a major airline who has logged over 15,000 hours in his 30 years of flying, holds an ATP certificate with Boeing 757/767 and BAE Jetstream 41 type ratings, and a Flight Engineer (Turbojet), and flight/ground instructor certificates. Mr. Holt soloed at age 16 and his professional flying career includes extensive flight and ground instructing experience and service as a check airman for a large Part 121 regional airline. Mark also served nine years as an electronics/radar technician for the U.S. Air Force Air National Guard. Mark is co-author of The Turbine Pilot's Flight Manual and Air Carrier Operations. 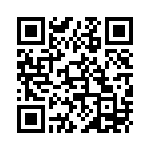