An enjoyable easy read - A good early 20th century family drama.....wealthy driven family shuns the black sheep dreamer in the family since that 'drive and greed' gene seems to have been missed ... Read full review

Newton Booth Tarkington was born in Indianapolis, Indiana on July 29, 1869. He was educated at Phillips Exeter Academy, than spent his first two years of college at Purdue University and his last two at Princeton University. When his class graduated in 1893, he lacked sufficient credits for a degree. Upon leaving Princeton, he returned to Indiana determined to pursue a career as a writer. Tarkington was an early member of The Dramatic Club, founded in 1889, and often wrote plays and directed and acted in its productions. After a five-year apprenticeship full of publishers' rejection slips, Tarkington enjoyed a huge commercial success with The Gentleman from Indiana, which was published in 1899. He produced a total of 171 short stories, 21 novels, 9 novellas, and 19 plays along with a number of movie scripts, radio dramas, and even illustrations over the course of a career that lasted from 1899 until his death in 1946. His novels included Monsieur Beaucaire, The Flirt, Seventeen, Gentle Julia, and The Turmoil. He won the Pulitzer Prize in fiction in 1919 and 1922 for his novels The Magnificent Ambersons and Alice Adams. He used the political knowledge he acquired while serving one term in the Indiana House of Representatives in the short story collection In the Arena. In collaboration with dramatist Harry Leon Wilson, Tarkington wrote The Man from Home, the first of many successful Broadway plays. He wrote children's stories in the final phase of his career. He died on May 19, 1946 after an illness. 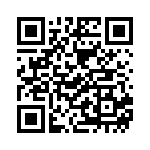