Jonathan Franzen is the author of four novels, including Freedom, the National Book Award-winning The Corrections, and Strong Motion; a personal history, The Discomfort Zone; two collections of essays, Farther Away and How to Be Alone; and translations of Frank Wedekind's Spring Awakening and Karl Kraus's essays titled The Kraus Project. He lives in New York City and Santa Cruz, California. 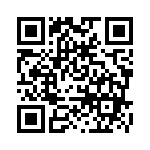