Given the notoriety of the author, I'm surprised to discover "no eBook available".

All for the few, none for the all, record profits, record debt, record poverty!
Warren laid it out before Reich.

Elizabeth Warren worked as an elementary school teacher, a lawyer, and a law professor at Harvard University. She is the senior senator from Massachusetts. In the aftermath of the 2008 financial crisis, she served as Chair of the Congressional Oversight Panel for the Troubled Asset Relief Program (TARP). Her efforts to protect taxpayers, to hold Wall Street accountable, and to ensure tough oversight of both the Bush and Obama Administrations won praise from both sides of the aisle. The Boston Globe named her Bostonian of the Year in 2009 for her oversight efforts. She helped created the Consumer Financial Protection Bureau. She is also the author of numerous books including All Your Worth: The Ultimate Lifetime Money Plan, The Two-Income Trap: Why Middle-Class Mothers and Fathers Are Going Broke, and A Fighting Chance. 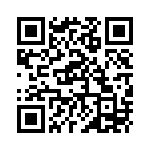