Great book! The author is a former detective who worked on the case. This book is filled with details about the baffling death of "The Unknown Man" or "The Somerton Man". The author has done a great job of detailing the historical and recent controversies about the poor soul who died a painful death on a warm night at Somerton Beach more than six decades ago.
Brian Bell
Ottawa Canada 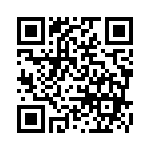