worst book ever made!!!

Marianne Eaton-Krauss is an Egyptologist who has taught at universities in Berlin, Muenster, and Marburg, Germany, and written more than 50 articles about Tutankhamun and the Amarna Period. Her publications on objects from the king's tomb include, most recently, The Thrones, Chairs, Stools, and Footstools from the Tomb of Tutankhamun (2008). 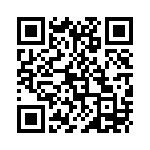