Oscar Handlin is Emeritus Professor of History, Harvard University. Among his many books are The American People in the Twentieth Century, Race and Nationality in American Life, and Boston's Immigrants, 1790-1880. 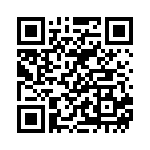