Dr. Bloom is Harvard University''s Distinguished Service Professor of the Department of Immunology and Infectious Diseases and Former Dean of the Harvard School of Public Health. He received a bachelor''s degree and an honorary Sc.D. from Amherst College, and a Ph.D. from Rockefeller University. He is widely recognized for his work in the area of cell-mediated immunity, infectious diseases, particularly tuberculosis and leprosy, and global health. The discovery of lymphocyte-produced cytokines and the development of genetic systems in mycobacteria are among his scientific contributions. He has published over 300 papers and edited 4 books. He served as a consultant to the White House on International Health Policy, was elected President of the American Association of Immunologists, and served as President of the Federation of American Societies for Experimental Biology.

Dr. Bloom has been extensively involved with the World Health Organization (WHO) for more than 40 years. He was a member of the WHO Advisory Committee on Health Research (ACHR) and chaired the WHO Committees on Immunology of Leprosy (IMMLEP), Immunology of Tuberculosis (IMMTUB), the Scientific and Technical Advisory Committee of the UNDP/World Bank/WHO Special Programme for Research and Training in Tropical Diseases (STAC) and chaired the WHO Global Malaria Programme. He was first chair of the Board of Trustees of the International Vaccine Institute, Seoul, Korea. He as served on the National Advisory Councils of the U.S. National Institute of Allergy and Infectious Diseases, NIH, and the Center for Infectious Diseases, of the US Centers for Disease Control and Prevention. He currently serves on the scientific advisory boards of the Wellcome Trust Centre for Human Genetics, K-RITH, and Human Heredity and Health in Africa (H3Africa). He has received numerous awards for his scientific work including the first Bristol-Myers Award in Infectious Diseases, the Robert Koch Gold Medal for lifetime achievement in research, and shared the Novartis Award in Immunology. He was elected to membership of the U.S. National Academy of Sciences, the National Academy of Medicine, the American Academy of Arts and Sciences and the American Philosophical Society.

Paul-Henri Lambert, MD, is now associated with the Centre of Vaccinology in the Department of Pathology and Immunology at University of Geneva. He is particularly interested in vaccination strategies and evaluation of adverse effects. He is directing the International Advanced Course of Vaccinology (ADVAC) organized under the auspices of the Fondation M rieux and University of Geneva. He is a member of the Governing Board of the Tuberculosis Vaccine Initiative (TBVI) and past-chairman of the Human Vaccine Committee of the International Association for Biologicals (IABS) and of the WHO GACVS (Global Advisory Committee on Vaccine Safety). Paul Henri Lambert is a native of Belgium where he was boarded in Internal Medicine (University of Liege). He joined Frank Dixon at Scripps Institute, La Jolla, California, for his training then moved to University of Geneva Medical School where he became professor in the Departments of Medicine and of Pathology. His research activities lead him to decipher immunological mechanisms involved in autoimmune and immune complex-mediated diseases, in the pathogenesis of malaria and in new strategies to optimize vaccine immunogenicity. In 1987, he was appointed as chief Microbiology and Immunology at the World Health Organization and in 1994, Chief, Vaccine Research and Development, WHO Global Program for Vaccines and Immunization. He was then deeply involved in co-ordination of research aiming at the development of vaccines against diseases of major importance in developing countries. Paul-Henri Lambert is author or co-author of 436 publications, member of several international scientific boards, foreign member of the Royal Academy of Medicine in Belgium and Fellow of the American Association for the Advancement of Science. 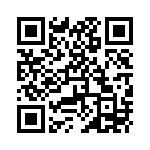