THE VANISHING NEIGHBOR: The Transformation of American Community

Marc J. Dunkelman is a Research Fellow at Brown University's A. Alfred Taubman Center for Public Policy and American Institutions and a Senior Fellow at the Clinton Foundation. His writing has appeared in the Washington Post, the Wall Street Journal, Politico, and National Affairs, among other publications. He lives in Providence, Rhode Island. 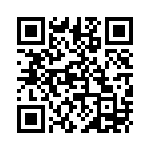