Daryl Bernstein is a lifetime entrepreneur. At the age of 8, he started his first business, a lemonade stand. At the age of 12, he spotted a need and founded Global Video on his family's kitchen table. As a teenager, he grew the business into the leading U.S. producer and distributor of educational videos. When Daryl was 24, Nasdaq-listed School Specialty, Inc., the nation's largest school supplier, acquired Global Video.

Daryl is the author of The Venture Adventure and Better Than a Lemonade Stand, both originally written when Daryl was just a teenager. He is now the founder and CEO of RightSignature, a software-as-a-service company providing the easiest, fastest way to get documents signed. His entrepreneurial ventures have been featured on CNN, CBS, NPR, and the BBC, and in Chicken Soup for the Entrepreneur's Soul, The Wall Street Journal, and The New York Times. 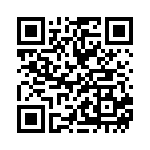