David Roediger is Kendrick Babcock Chair of History at the University of Illinois. Among his books are Our Own Time: A History of American Labor and the Working Day (with Philip S. Foner), How Race Survived US History: From Settlement and Slavery to the Obama Phenomenon, and The Wages of Whiteness: Race and the Making of the American Working Class. He is the editor of Fellow Worker: The Life of Fred Thompson, The North and Slavery and Black on White: Black Writers on What It Means to Be White as well as a new edition of Covington Hall's Labor Struggles in the Deep South. His articles have appeared in New Left Review, Against the Current, Radical History Review, History Workshop Journal, The Progressive and Tennis. 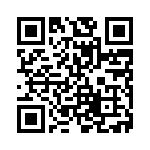