Mario Vargas Llosa's novel "The War of the End of the World" was certainly a challenging and slow read for me, but I found it mostly enjoyable and worthy of reputation. This is historical fiction that ... Read full review

It’s not entirely clear if the War on Terrorism is actually a war when the enemy has neither government nor army, but if it is, presumably it can give rise to war crimes. So what is a war crime? The ... Read full review

MARIO VARGAS LLOSA was awarded the Nobel Prize in Literature in 2010 "for his cartography of structures of power and his trenchant images of the individual's resistance, revolt, and defeat." Peru's foremost writer, he has been awarded the Cervantes Prize, the Spanish-speaking world's most distinguished literary honor, and the Jerusalem Prize. His many works include The Feast of the Goat, The Bad Girl, Aunt Julia and the Scriptwriter, The War of the End of the World, and The Storyteller. He lives in London. 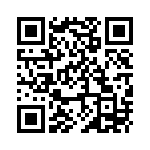