James Patterson is the world's bestselling author. He has donated more than one million books to students and soldiers, as well as millions of dollars to independent bookstores and school libraries. He lives in Florida with his family.
Robison Wells is the author of eight novels, including the Variant series, which was named a Publishers Weekly book of the year and was the winner of many state and national awards. He is married with three kids, living on a hill in the Rocky Mountains. He has dog named Annie, who is pretty much the best. 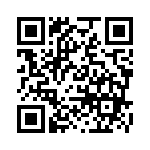