THE WEALTH OF NATURE: How Mainstream Economics Has Failed the Environment

The wealth of nature: how mainstream economics has failed the environment

According to this new book, flaws in the fundamental principles of economics make it unable to assess environmental concerns properly. Nadeau, an interdisciplinary scholar at George Mason University ... Read full review

Robert Nadeau is an interdisciplinary scholar and an historian of science and is currently a professor at George Mason University. His books include The Non-Local Universe: The New Physics and Matters of the Mind; The Conscious Universe: Parts and Wholes in Physical Reality; and S/He Brain: Science, Sexual Politics, and the Myths of Feminism. He lives in Fairfax, VA. 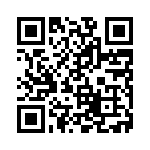