Horace Walpole was born in London on September 24, 1717 and educated at Eton College and Kings College, Cambridge. Upon his return from college, Walpole was elected to Parliament and served until 1768. He was the youngest son of British Prime Minister, Robert Walpole. He was known as The Earl of Orford. Walpole opened a private press that published his own works and that of his friends. He is well known for his Gothic romance novel, The Castle of Otranto. Horace Walpole died in London on March 2, 1797, after which his title became extinct since he never married or had children. 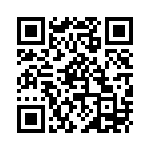