One of my favorite all time reads. very RE-readable.

JOHN IRVING, born in Exeter, New Hampshire, published his first novel, Setting Free the Bears, when he was twenty-six. His most popular novel, worldwide, is A Prayer for Owen Meany, published in 1989. In 2000, Mr. Irving won the Oscar for Best Adapted Screenplay for The Cider House Rules. In 2013, he won the Lambda Literary Award for Bisexual Fiction for In One Person. In 2018, he was the recipient of a Dayton Literary Peace Prize, the Richard C. Holbrooke Award for Distinguished Achievement. Mr. Irving competed as a wrestler for twenty years and coached wrestling until he was forty-seven. He is a member of the National Wrestling Hall of Fame in Stillwater, Oklahoma. John Irving lives in Toronto. 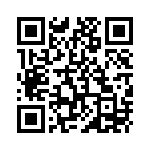