Must have for coffee lovers

This book has everything you need to know about coffee! Read full review

James Hoffmann is a coffee expert, author and the 2007 World Barista Champion. Along with a team of experts, he operates Square Mile Coffee Roasters, a multi-award-winning coffee roasting company based in East London, UK, which sources and imports coffee direct from growers, and roasts the beans on their premises. James also travels as a popular speaker about the coffee business. His website is www.jimseven.com. 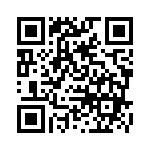