In 1953, in Stalin's Russia, a knock at the door in the middle of the night meant someone was going for a long ride to nowhere. Iosef Vissarionovich has planned his own final solution to the "Jewish ... Read full review

My thoughts: A satirical mad-cap adventure tale makes excellent use of effectively blending history, family stories and ingenious imagination. It is February 1953 and Stalin is about to unleash his ... Read full review

Paul Goldberg was born in Moscow in 1959 and emigrated to the U.S. at age 14. An award-winning investigative reporter, he is the editor and publisher of The Cancer Letter, a weekly publication focused on the business and politics of cancer. His articles have appeared in The New York Times, The Wall Street Journal, The Washington Post, and elsewhere, and he has been featured on 60 Minutes, 20/20, CNN and NPR. He is the author of two books on the Soviet human rights movement, The Final Act and The Thaw Generation (with Ludmilla Alexeyeva), and co-author (with Otis Brawley) of a book about the American healthcare system, How We Do Harm. The Yid is his first novel. 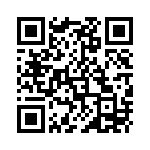