The editor:
ROBERTO CALASSO is the author of, among other works, The Ruin of Kasch; The Marriage of Cadmus and Harmony, which won the Prix Veillon and the Prix du Meilleur Livre ╔tranger; Ka; and K. Born in Florence, he now lives in Milan.

The translators:
MICHAEL HOFMANN is a poet and critic, and the translator of many German and Austrian authors, including Elias Canetti, Ernst Junger, Wolfgang Koeppen, Thomas Bernhard, and Joseph Roth.

GEOFFREY BROCK received the PEN Center USA Translation Award and the MLA’s Lois Roth Award for his translation from the Italian of Cesare Pavese’s Disaffections: Complete Poems 1930—1950. He is also the translator of Roberto Calasso’s K. 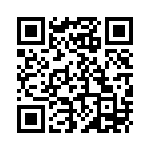