Another of the older titles that has been on my reading list too long. Some of this history is important to consider again, as the SATs were in theory going to be revamped again in 2019 before public ... Read full review

THE BIG TEST: The Secret History of the American Meritocracy

Enlightenment is available here for anyone who has struggled to understand why their future depended upon filling in little ovals with a #2 pencil in response to odd questions about vocabulary. Lemann ... Read full review

Born in New Orleans in 1954, Nicholas Lemann has been a journalist for more than twenty years. His last book was the prizewinning The Promised Land: The Great Black Migration and How It Changed America. He lives in Pelham, New York. 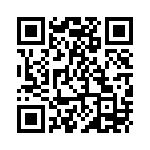