Gavin K. Watt is president of the Museum of Applied Military History, a Canadian federation of some 450 volunteer historical animators, but he is perhaps best known as a founder and commanding officer of the recreated King's Royal Yorkers. In 1984, Gavin republished Ernest Cruikshank's King's Royal Regiment of New York, to which he added a Master Muster Roll of over 1600 men, most of whom were founders of the province of Ontario after the regiment's disbandment. 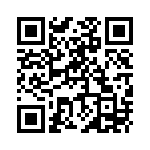