The Cancer Industry: Unraveling the Politics

This is an updated edition of The Cancer Syndrome ( LJ 2/15/80), the classic expose which investigated the suppression of unorthodox cancer research by the government and the medical establishment ... Read full review

Very informative citing many sources. First edition was 1989. If there was any doubt in my mind about
how Cancer is handled in the US before I read this book there is none now. My thanks to the author.

Medical writer Ralph W. Moss received a B.A. from New York University in 1965 and a M.A. and a Ph.D. from Stanford University in 1973 and 1974 respectively. He is most well known for his twenty years in the field of cancer treatment research. He is the former assistant director of public affairs at Memorial Sloan-Kettering Cancer Center. He has written "Cancer Therapy," "Questioning Chemotherapy" and "The Cancer Industry." He has also written the PBS Documentary "The Cancer War," and the 1994 yearbook article on alternate medicine for Encyclopedia Britannica. Moss was the founding advisor to the National Institute of Health's Office of Alternative Medicine and is the scientific advisor to the Rosenthal Center of Columbia University and the University of Texas School of Public Health. He is also a member of the Advisory Board of the medical journal "Alternative Therapies in Health and Medicine" and a public speaker at various colleges and universities. In 1999, Moss was chosen as scientific advisor and honorary member of the German Oncology Society, the first American to be so honored in twenty years. He is the author or editor of 12 books and 3 documentaries on cancer. He currently directs The Moss Reports, a library of detailed reports on over 200 varieties of cancer diagnoses. 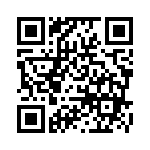