The city shaped: urban patterns and meanings through history

Kostof has done it again; in prolific fashion he has produced another standard textbook. This time his subject is cities rather than architecture, which he covered in A History of Architecture ... Read full review

Spiro Kostof (1936-1991) was a professor of Architectural History at the University of California at Berkley, and also taught at M.I.T., and at Yale, Columbia, and Rice universities. His many books include The Architect: Chapters in The History of the Profession (1977) and A History of Architecture: Settings and Rituals (1985), now a standard text. He edited America by Design (1987), the companion to a five-part television series that he presented. Kostof also published The City Shaped with Bulfinch Press in 1991. 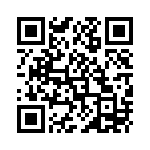