Von Neumann's unfinished last work comparing digital computers with the human brain. Works through his estimations and comparisons of various capabilities, e.g., that the human brain has about 3.5 PB ... Read full review

Impressive little book which along with Turing's work, et al., founded the field of computer science as we know it. Of most interest if you are interested in the history and foundations of modern ... Read full review

Page 2 - ... machines, which differ radically with respect to organization. As a consequence of this lack of theory, the design and instruction of digital computers is an art, the art by which man controls the machine. The late John von Neumann sought a theory of the organization of automata which would be based on "that body of experience which has grown up around the planning, evaluating, and coding of complicated logical and mathematical automata" *) and which would have applications in the design and...
Appears in 13 books from 1962-2000
Page xviii - ... informational) items as possible simultaneously, and process them simultaneously, while an efficiently organized large artificial automaton (like a large modern computing machine) will be more likely to do things successively — one thing at a time, or at any rate not so many things at a time; that is, large and efficient natural automata are likely to be highly parallel, while large and efficient artificial automata will tend to be less so, and rather to be serial.
Appears in 8 books from 1960-2004
More
Page 2 - I suspect that a deeper mathematical study of the nervous system . . . will affect our understanding of the aspects of mathematics itself that are involved. In fact, it may alter the way in which we look on mathematics and logics...
Appears in 7 books from 1960-2003
Less

John von Neumann was a Hungarian-born American mathematician with a minor interest in economics. He earned a degree in mathematics from the University of Budapest and one in chemical engineering from the Hochschule in Zurich. He moved to the United States in 1930 and three years later joined the Institute for Advanced Study at Princeton, where he was the youngest member of the small but select group that included Albert Einstein (see Vol. 5) and Enrico Fermi (see Vol. 5). Von Neumann founded the branch of economics known as game theory. He published a seminal paper on the subject in 1928 and later collaborated with Oskar Morgenstern in developing and expanding it. Game theory analyzes individual choice in situations of risk, where the participants do not control or know the probability distributions of all variables on which the outcome of their acts depends. In 1944, von Neumann and Morgenstern published their classic Theory of Games and Economic Behavior, which achieved immediate prominence because it dealt with bargaining strategies under conditions of conflict. Game theory was applied to a number of situations, such as wage negotiations between unions and management. It was also popular with the Pentagon, which used it to model superpower confrontations that reflected outcomes based on the selection of various military options. Game theory was only one of von Neumann's many interests. In 1943 he worked on the Manhattan Project and was instrumental in developing the atomic bomb. He also helped develop ENIAC, the first electronic computer. Because of his work with the atomic bomb, he received a presidential appointment to the Atomic Energy Commission in 1955. In 1957, at the age of 53, his illustrious career ended when he died tragically of bone cancer. 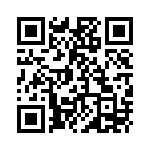