Thomas Alva Edison was the stereotypical all-American hero of the industrial system, a rags-to-riches entrepreneur and holder of over 1,000 patents who brought enormous improvements to the lives of millions of people. He was born in Milan, Ohio on February 11, 1847. At an early age, Edison became interested in telegraphy and worked as a freelance traveling telegraphist. By the time he was 22, he had made improvements to telegraphs for Western Union and to the stock ticker and stock printer for the New York Stock Exchange. From that point on, Edison had a very active career spanning more than 60 years. The invention that first gained him notice was the phonograph in 1877. This accomplishment was so unexpected by the public at large as to appear almost magical. Edison became known as "The Wizard of Menlo Park," New Jersey. Additional highlights of his career were the invention of the incandescent electric light bulb, which led to widespread domestic lighting, improvements to motion picture equipment and the telephone, and the discovery of the Edison effect, thermionic emission, the foundation of the electronics industry. To exploit his many inventions, Edison founded several companies, including the Edison Telephone Company and the Edison General Electric Company (which later merged to form General Electric). Edison also contributed both directly and indirectly to the growth of many other companies. While he was perhaps best known for his inventions, Edison's most significant innovation was the industrial science laboratory, the forerunner of today's science parks. His first small laboratory was set up in Newark, New Jersey, to develop his improvements in telegraphy and stock tickers and printers. In 1876 he moved to a new site at Menlo Park, New Jersey, where he established a much larger laboratory. From his Menlo Park laboratory came a stream of inventions, developments, and patents. Eventually, Edison moved to an even larger facility at West Orange, New Jersey; this laboratory is now a museum and contains the Edison archives. Idolized during his lifetime, Edison never took this adulation too seriously. He regarded himself as just a hard-working man, informed by a good understanding of scientific principles and possessed with a great determination to solve scientific and technical problems and to develop ways in which to apply his findings commercially. In this last he did not always succeed. Edison backed some remarkable flops, but the number of his profitable ventures far exceeded his failures. Profit was not his primary consideration, however. Edison's main goal was to explore the things that interested him and to turn his findings into something useful. he is famous for saying, "Genius is one percent inspiration, and ninety-nine percent perspiration." Edison died of complications of diabetes on October 18, 1931, in his home, "Glenmont" in Llewellyn Park in West Orange, New Jersey. He is buried behind the home. 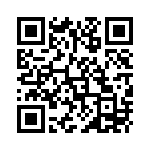