The establishment clause: religion and the First Amendment

Like Levy's earlier work, this new book on the establishment clause of the First Amendment is exhaustively researched, forcefully and relentlessly argued. It traces the sources of disestablishment in ... Read full review

Dr. Chip R. Bell is founder of The Chip Bell Group. He was formerly Vice President and Director of Management and Organization Development for NCNB, now Bank of America. Dr. Bell holds graduate degrees in organizational psychology and human resource development from Vanderbilt University and George Washington University. He was a highly decorated infantry unit commander in Vietnam with the elite 82nd Airborne Division. He is the author or co-author of nineteen books.

Executive coach Marshall Goldsmith was recently recognized as the #1 leadership thinker in the world and the #7 business thinker in the world at the bi-annual Thinkers 50 ceremony sponsored by theHarvard Business Review.He is the million-selling author or editor of 31 books, including theNew York TimesandWall Street JournalbestsellersMOJOandWhat Got You Here Won’t Get You There- a WSJ #1 business book and winner of the Harold Longman Award for Business Book of the Year. His books have been translated into 28 languages and become bestsellers in eight countries. He earned his Ph.D. at the UCLA Anderson School of Management. 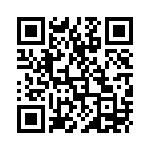