Thompson was a pre-eminent folklorist, and one of the chief architects of the Aarne-Thompson Type of the Folk-Tale classification scheme. This is a classic work first issued in 1946, and not, as far ... Read full review

The son of a farmer, Stith Thompson was born near Bloomfield, Kentucky. In 1918 he married Louise Faust and they had two children, Dorothy and Marguerite. After receiving his Ph.D. from Harvard University in 1914, Thompson began his teaching career at the University of Texas at Austin, later teaching at Colorado College and then at the University of Maine. Finally, he went to Indiana University, where he established his prominence as a folklorist. Thompson was instrumental in establishing folklore studies in the United States, legitimizing it as an academic discipline and placing it on a firm empirical foundation. In 1950 he organized an important international conference at Indiana University, bringing together world-renowned specialists to discuss aspects of the field in order to develop a historical perspective on folklore research. He also created a center for the study and research of folklore and for the training of folklore scholars at Indiana University. The University became the first in the United States to offer a doctoral program in folklore. Using the historic-geographic methods developed earlier by Julius and Kaarle Krohn, Thompson translated Aarne's Type-Index and produced the Motif-Index of Folk-Literature, revising both in subsequent years. They remain the central indexes for the historical approach to folk tale study. Thompson gained international recognition for his writings, which were praised for both their scholarship and their style. It has been written of his work that "[it] is not dry, attenuated, dull, pedantic . . . for Mr. Thompson has . . . unspoiled direct appreciation of the zest and flavor of the best in traditional literature" ( N.Y. Times Book Review). 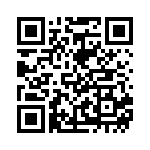