THE GOLEM’S MIGHTY SWING snuck up on me. Despite being aware of some glowing reviews before my reading of the story, my expectations were subdued--I could not imagine that something so spare with its ... Read full review

Narrated by Noah Strauss or as he calls himself “the Zion Lion,” manager and third baseman for the Stars of David minor league baseball club touring and playing other teams sometime in the early ... Read full review 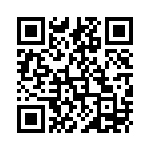