Its impossible to read this book and not see similarities in our own invasion and occupation of Afghanistan. This book in its own right and its own subject matter is an incredibly informative and easy ... Read full review

THE GREAT GAMBLE: The Soviet War in Afghanistan

Blow-by-blow account of the Soviet Union's nine-year military occupation of Afghanistan, which gained little, wasted lives and helped bring down a formidable empire.Feifer took advantage of his ... Read full review

Gregory Feifer is the former Moscow correspondent for National Public Radio. He was educated at Harvard University and lives in Prague with his wife, Elizabeth, and son, Sebastian. 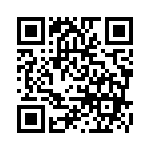