I give it five stars on the basis that it raises important and ignored questions about the study and practice of democracy. His assertions explain the author's stance as the democratic leader of Libya, in opposition to the democratic forms of the west, which are considered to be not only traditional, but defining, by political academia. Qadaffi explains that true national democracy can not be fractured into representative units that are isolated and elitist to those who elected them, and to the constituencies they represent, but must reflect and carry the will of the whole people entire.
By this standard, I assume that he considers himself the Libyan leader as appointed so by the collective will of the people entire of Libya. As I have only read a few of the mid-pages of the book, I am commenting on what I find to be the gist of a possibly cogent argument, and aim to complete the book, and my assessment, at a later date. However, this argument may be lost if no process of confirmation by the people of their choice, is evident. Qaddaffi's argument may also fail in a blindness to the hierarchies of democracy, where states, towns, and the smaller, more traditional and foundational units of government, selves, and families elect for choices in more local, and even personal, matters.
The democratic form is of the will of the people collectively acting in respect of their individual freedoms among themselves, to effect the sustenance of their shared environs, and of their freedoms.
Democracy must generate from, and generate, freedom, in order to be validly democratic. If, as in America's slavery days, orders are imposed over others, rather than agreed to, the definition of democracy is lacking. The civil rights movement collected the cumulative effect of protest and defiance of that imposition, causing America to better fit the democratic definition.
Imposition is not lacking in democracy, but the imposers and impositions are democratically agreed to before enforcement. A king may become evident by appointment of the people, or by oppression of the people, but only by appointment is the king a democratic one. Qaddaffi may be such a king, but the proof, as in America, is in the quality of the links kept, as Qaddaffi states, vital, with the people.

Muammar Gaddafi is the Arab world's longest-serving leader. Col Gaddafi came to power in a bloodless coup in 1969. In the late 1970s Col Gaddafi set up the "Great Jamahiriya", or the state of the masses. The system is based around 'people's committees' and is free of partisan politics. Muammar Gaddafi was born in the desert near Sirte in 1942. He married twice and has eight children. 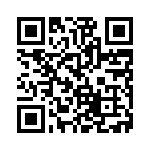