A bunch of mini biographies of statisticians, along with sort-of descriptions of why what they did was important. I say sort-of because there was often not enough for me to really understand why what ... Read full review

David Salsburg is a former Senior Research Fellow at Pfizer, Inc., and currently works as a private consultant. He is a fellow of the American Statistical Association and received a lifetime achievement award from the Pharmaceutical Research and Manufacturing Association. The author of technical books and over fifty scientific articles, Salsburg has taught at Connecticut College, Harvard School of Public Health, Rhode Island College, Trinity College, the University of Connecticut, and the University of Pennsylvania. He lives in New London, Connecticut. 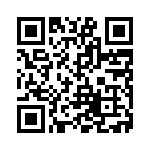