This book is frustratingly hard to rate. On the one hand it disturbingly documents the history of "scientific" racism/prejudice re: temperament/intelligence/etc. On the other hand it is frustratingly ... Read full review

In The Mismeasure of Man, Stephen Jay Gould examines the manner in which scientists described intelligence as “unitary, linearly rankable, [and] innate” in order to argue for social programs or ... Read full review

Stephen Jay Gould (1941-2002) was the Alexander Agassiz Professor of Zoology and Professor of Geology at Harvard University. He published over twenty books, received the National Book and National Book Critics Circle Awards, and a MacArthur Fellowship. 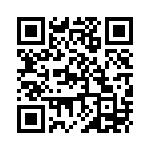