Going against much of the crowd, the first part of the work has significantly more substance than his 'Irreductions.' Latour is clearly a significant scholar on the subject of science and technology ... Read full review

The pasteurization of France

In examining Pasteur's influence on the history and sociology of medicine, Latour focuses on the phenomenon of a theory becoming reality because it's time had come. He observes that as Napolean and ... Read full review

Alan Sheridan is the author of Michel Foucault: The Will to Truth. He has also translated over 50 books, including works by Sartre, Lacan, and Foucault. 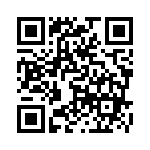