Heinrich Heine, 1797-1856 Born Christian Johann Heinrich Heine in Dusseldorf, Germany, on December 13, 1797, Heine's parents were Samson Heine, a commercial tradesman, and Elisabeth van Geldern. The eldest of four, Heine studied law at the universities of Bonn, Berlin, and Gottingen. Although Heine showed more of an interest in literature than law, he continued to study about the government, and earned a degree in that field in 1825. Even with his degree, Heine never practiced or held a position in government service. Eventually, Heine decided to follow his heart, and in 1821 he made his debut as a poet with the work Gedichte, translated as Poems. The release of Heine's third volume of poetry, The Town of Lucca, caused quite a stir. In this volume of poetry, Heine satirized the poet August von Platen for his attacks on Heine's Jewish origins. This act discredited Heine, and in 1831 he fled to Paris. There he became a journalist, reporting on French cultural and political affairs. He also wrote travel books and worked on German literature and philosophy, as well as poetry. Heine's best-known works include Atta Troll: A Midsummer Night's Dream, a romantic and humorous narrative poem that satirizes many targets, including German political poets; and Germany: A Winter's Tale, a fictionalized account of Heine's visit to Germany in 1843. Debilitated with a paralyzing illness since 1848, it wasn't until eight years later, on February 17, 1856, that Heine passed away. He was buried at the Montmartre Cemetery in France. 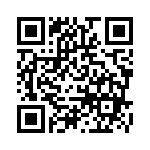