Decent book, but respectable authors would double-check the university and city where it's located! Arizona State University is located in Tempe AZ, not Tucson! That would be their arch rivals, the University of Arizona! Big difference and a big deal!!

Carmine Sarracino, the author of three books of poetry, is a professor of English at Elizabethtown College, while Kevin M. Scott directs the college's English education program. They both live in Pennsylvania with their wives and children. 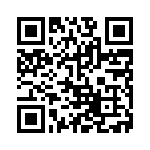