Page 439 - The right to ownership of rural and urban land, as well as of all natural resources, is exclusively vested in the State and in the peoples of Ethiopia.
Appears in 12 books from 1995-2007
Page 439 - Ethiopian pastoralists have the right to free land for grazing and cultivation as well as a right not to be displaced from their own lands.
Appears in 8 books from 1996-2006
More
Page 439 - Every Ethiopian shall have the full right to the immovable property he builds and to the permanent improvements he brings about on the land by his labour or capital.
Appears in 7 books from 1996-2007
Less 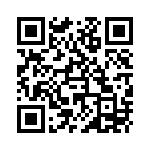