Born in Munster, Ireland, of English parents, Robert Boyle was among the earliest scientists who studied nature and drew conclusions justified by experiments. A son of a wealthy man, he received a good education. In 1654 he set up a laboratory in Oxford, England, and hired Robert Hooke (1634-1703) as his laboratory assistant. Boyle and Hooke designed a greatly improved air pump, which enabled them to study the behavior of air by creating a sufficient vacuum. In 1660 Boyle published Spring and Weight of the Air in which he articulated Boyle's Law, describing the inverse relationship between the temperature and the pressure of a gas. In 1661 Boyle published The Sceptical Chymist in which he challenged the alchemists' belief in the four elements of earth, air, fire, and water. He also attacked the three principles of Paracelsus: salt, sulfur, and mercury. Boyle also studied the relationship between air and combustion and the respiration of animals, and reported his findings in Suspicions about Some Hidden Qualities of the Air (1674). However, the discovery of oxygen would wait for Joseph Priestley. Boyle experimented with the calcination of tin in a sealed container, but, because he weighed only the resultant tin oxide, he did not get sufficient data to interpret the results accurately. When the tin oxide weighed more than the original tin, he theorized that a substance had passed into the glass container. Lavoisier later repeated the experiment, weighed the container, and realized that something in the air had combined with the tin. With his discovery of Boyle's Law, Boyle became somewhat of a celebrity and enjoyed the favor of King Charles II. Boyle contributed to the founding of the Royal Society of London for Improving Natural Knowledge in 1662. Boyle died in London in 1691. 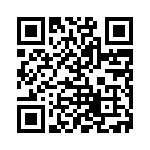