Is Professor of Ancient History at the Universidad de Zaragoza (Spain). His publications include The Quaestorship in the Roman Republic (with Alejandro Díaz Fernández, 2019), Foreign clientelae in the Roman Empire: A Reconsideration (edited with Martin Jehne, 2015), and The consul at Rome: The Civil Functions of the Consuls in the Roman Republic (2011). He is currently Principal Investi-gator of the Research Group Hiberus. He was a Member of the Institute for Advanced Study (Princeton) in 2012 and 2014. 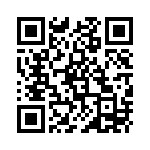