In this monograph, the author shows that it is possible to mathematically combine ecology with evolutionary biology to construct a quantitative theory of biodiversity, which he calls the unified ... Read full review

Stephen P. Hubbell is Professor of Plant Biology at the University of Georgia and Staff Scientist at the Smithsonian Tropical Research Institute in Panama. He is the author of more than one hundred papers in tropical plant ecology, theoretical ecology, and plant-animal interactions. He has been awarded a Guggenheim Fellowship and the Pew Scholar Award in Conservation and the Environment. He is Chairman of the National Council for Science and the Environment (formerly the Committee for the National Institute for the Environment) and the inventor of Extinction: The Game of Ecology. 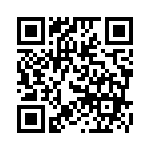