NIGEL STRUDWICK is an Egyptologist at the University of Cambridge. He and HELEN STRUDWICK have been working at Luxor, mainly in the Tombs of the Nobles, for over twelve years. Most recently Nigel Strudwick was a visiting fellow at the Egyptian Institute at the University of Heidelberg. Frequent lecturers, the Strudwicks have both written extensively on the site and topics related to it. 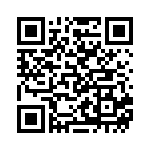