Roger Boesche was born in Tulsa, Oklahoma on January 24, 1948. He received a bachelor's degree and a doctorate in political science from Stanford University. He began teaching at Occidental College in 1977 and retired in 2017. An expert on political theory and history, he wrote several books including Theories of Tyranny: From Plato to Arendt and The Strange Liberalism of Alexis de Tocqueville. He was diagnosed with rheumatoid arthritis at the age of 15. After more than a dozen surgeries, he was told by one doctor not to expect to live past 60. He died in his sleep on May 23, 2017 at the age of 69. 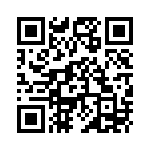