Reviewed by Mamta Madhavan for Readers' Favorite
These Are . . . Numbers by Cintia Roman-Garbelotto and Valentina Garbelotto is an educational book for children that introduces them to the concept of counting and numbers. The interactive manner in which the author conveys the thoughts to kids is very appealing and makes learning interesting and easy. The presentation, the illustrations and the rhymes make it a catchy book to teach children numbers in a simple manner. Counting cannot be made easier than this. One - ten counting is fun and easy to learn, practice and remember using this book.
This book is useful for those parents who have small kids and want to teach them to count. The illustrations complement the author's thoughts beautifully and give clarity to his ideas and concepts, making it easy for kids to comprehend. Parents and grandparents can use this book for bedtime story-telling. It can also be kept in libraries for tutors to use it while teaching small kids about numbers and counting.
Books that have a concept, idea, message and an educational theme are ideal to introduce to kids when they start out on reading. Kids are not only captivated by the contents, but also learn through the rhymes, words and illustrations. The interactive exercises at the end of the book are good to recapitulate and remember what they read in the book. The book is definitely worth owning in one's personal collection as it is a winner when it comes to teaching children numbers and counting.

Cintia Roman-Garbelotto is an experienced foreign language instructor and translator. Originally from Argentina, she has taught English and Spanish as a foreign language, including kids at the pre-school level. She currently lives in Beavercreek, Ohio with her husband and two bilingual children. This is her third book in the These are... series.

Valentina Garbelotto graduated from Shaw elementary school in Beavercreek, Ohio with the Presidents Award. She was in the honors roll and loves reading and writing as well as her math class. When she was in the third grade in South Carolina, she won first place on a writing contest about the meaning of diversity, which took her to compete at the state level. This is her second published book. She plans to continue writing. 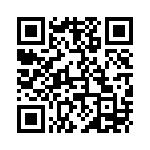