A poet, playwright, and cultural activist, Cherríe Moraga is Artist in Residence in the Department of Theater and Performance Studies and in the Comparative Studies in Race and Ethnicity Program at Stanford University. She is the author of many books, including A Xicana Codex of Changing Consciousness: Writings, 2000 2010 and Loving in the War Years: Lo que nunca pasó por sus labios. Gloria Anzaldúa (1942 2004) was a poet, metaphysical philosopher, and scholar of Chicana cultural theory, feminist theory, and queer theory. Her books include Borderlands/La Frontera: The New Mestiza and The Gloria Anzaldúa Reader, a posthumously published collection of her work. 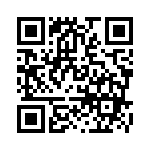