What bears many re-readings and reveals more with each is the hallmark of innovative poetry. This is that. Sulock merges history, an administrative account of her own adoption and haunting imagery of "L'Inconnue de la Seine," a 19th century Parisian suicide whose death mask would be used for the face of "Resusci Anne," a resuscitation dummy used in CPR training, credited with saving thousands lives and being "the most kissed face in the world."
Sulock coalesces the pathos of "letters" between Benjamin Franklin and his sister -- a distant, consanguineous love both, perfunctory and touching -- with the faceless grilling of a stock bureaucratic form (and her own birth mother's answers, and non-answers), wreathing all -- sometimes obscurely -- in her fractured, brilliant and ledge-like lines, seemingly from another era but carrying the punch of an angry supplicant still in the room, to deliver a devastating description of being. Of being you. Of being alone, maybe distant from affection, maybe on the verge of not being, but emerging with hope, hope of salvation, hope of even love, despite the mask of observation obscuring, at times, actual contact.
Read "This to Myself". 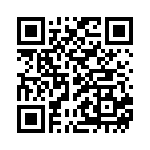